Surely, on the allies (walīs) of Allah there will be no fear nor will they grieve. Those who believe and are dutiful [towards Allah]. For them there is good tidings in this life and in the Hereafter. There is no changing the words of Allah. That is the great achievement. (Qur’an: 10.62-64) 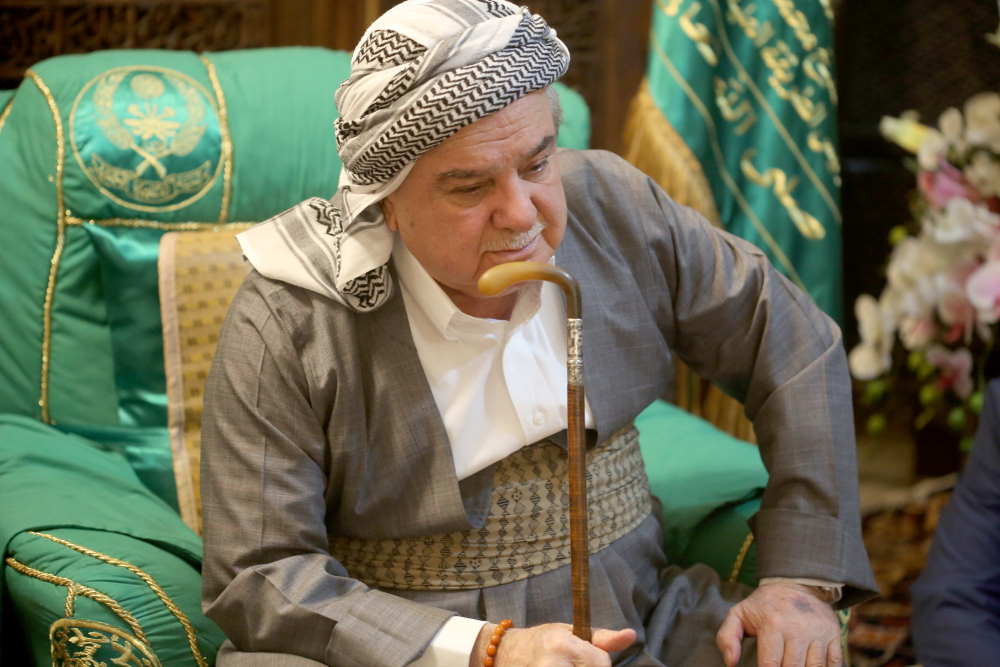 With hearts full of submission to and acceptance of Allah’s decree, and with extreme sadness and great sorrow mixed with complete content and surrender to Allah’s indisputable will, Ṭarīqa ʿAlīyya Qādiriyya Kasnazāniyya announces the passing of its Master Shaikh Muḥammad al-Muḥammad al-Kasnazān al-Ḥusaynī may Allah sanctify his secrets, benefit us with his knowledge and favours, and confer on us his blessing and light. Allah Almighty has taken him to His presence after midnight on Saturday 4th/July/2020 CE, 13th/Dhū al-Qiʿda/1441 Hijri, 13th/al-Bayʿa/1495 Muḥammadī, in the USA where he was receiving medical treatment.

Today, we bid farewell to our Shaikh, after a preaching journey of over four decades in which he carried the teachings of Islam to all parts of the world. With wisdom and good exhortation, he taught the noble values and virtues of Sufism. His teachings reflected the tolerance of Islam and its emphasis on establishing mutual respect between all religions and denominations and their peaceful coexistence.

The Muslim nation has today lost one of its most prominent shining lights and a spiritual teacher who has guided numerous people to Islam. This great teacher and scholar spent his whole life serving the straight path of his grandfather the Prophet Muḥammad (ṣallā Allah taʿālā ʿalayhi wa-sallam). May Allah reward him on our behalf and on behalf of all people as He rewards His righteous servants. May Allah receive him with those whom He has conferred favour on — the Prophets, truthful, martyrs, the righteous; the best of company are they.

In the next few days, our Shaikh’s blessed body will be flown to the city of Sulaymaniyya, Iraq, where he will be laid to rest. We ask all caliphs, murshids, dervishes, and loving people to join, where possible, in the reception of the blessed body and the funeral. Allah willing, the exact dates and times will be announced later. The last of our prayer is “praise be to Allah, Lord of the worlds”, and “we belong to Allah and to Him we will return”. 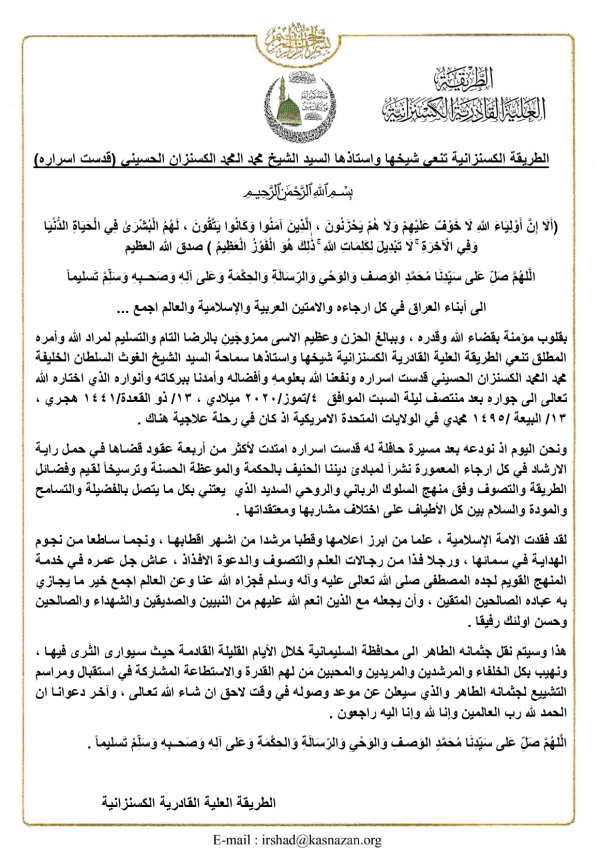