Several years before his marriage, Sayyid Ḥussein was told of a prophecy according to which he would have a son who would become a “reviver of religion.” This long-awaited spiritual leader, named ʿAbd al-Karīm, was born in 1824 CE in the village of Birjinza in today’s city of Sulaymaniyah in the north of Iraq.

Shaikh ʿAbd al-Karīm grew to a young man of immense piety. He was totally given to the worship and the love of Allah. After having Bayʿa with his uncle Shaikh ʿAbd al-Qādir Qāzānqāya, who was the Shaikh of Ṭarīqa at the time, Shaikh ʿAbd al-Karīm went into retreat to worship Allah on a mountain called “Sara Girma.” He stayed in his isolation with Allah for four years. During that period, his food was confined to plant leaves and pure clay. He dedicated his night and day to worshipping Allah and remembering Him.

Shaikh ʿAbd al-Karīm succeeded Shaikh ʿAbd al-Qādir Qāzānqāya as the Master of Ṭarīqa ʿAliyyah Qādiriyyah. He became known as “Shāh al‑Kasnazan” which means “Sultan of the ghaib [unseen and unknown)”. His spiritual path became known as Ṭarīqa ʿAliyyah Qādiriyyah Kasnazaniyya (“Ṭarīqa Kasnazaniyya” for brief). The Shaikh settled in an unpopulated area in northern Iraq which became the village of Kirpchina. He built in Kirpchina many takāya (Sufi place of worship) and set up religious schools, turning Kirpchina into a center of knowledge and guidance to which people travelled from everywhere. Apart from his first four‑year retreat, the Shaikh entered another 40 retreats of 40 days each. 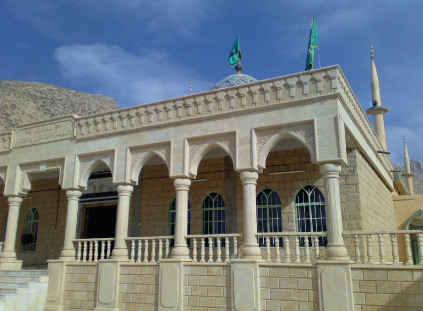 This great Sufi Shaikh departed from this world in 1902 CE after naming his son, Shaikh ʿAbd al-Qādir al‑Kasnazan as his successor as the Shaikh of Ṭarīqa Kasnazaniyya.